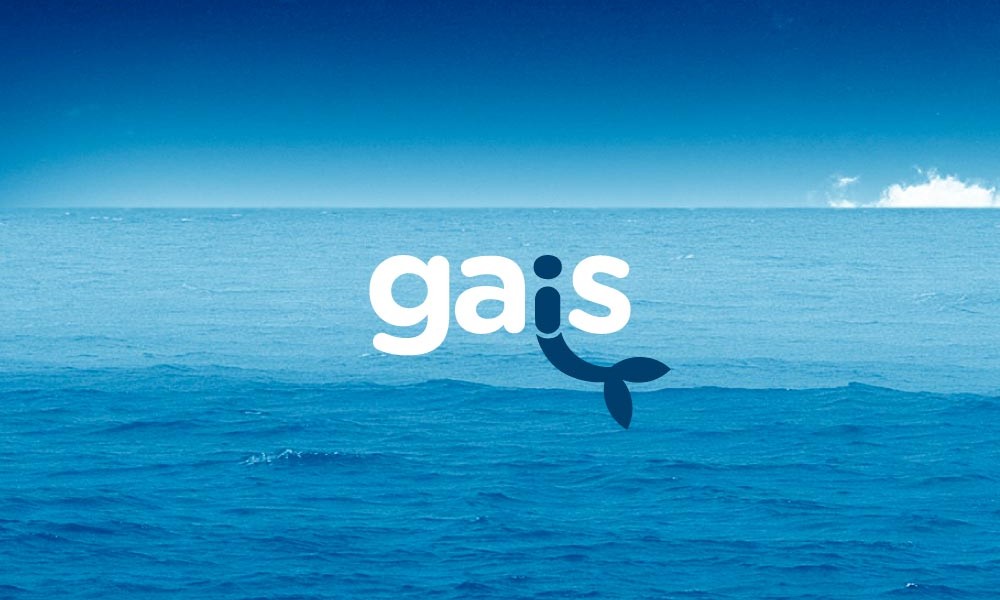 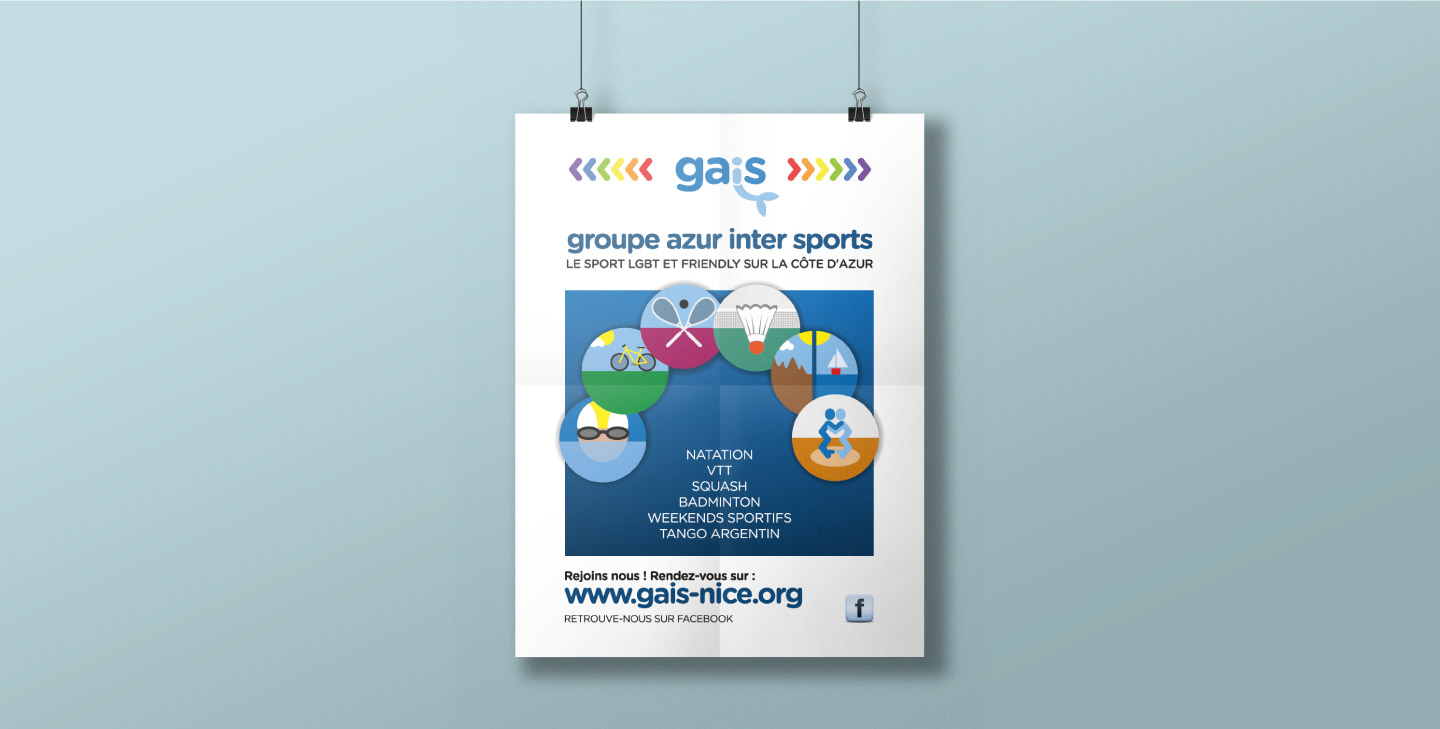 GAIS, Groupe Azur Inter Sport, is a sports club based in Nice (French Riviera) composed primarily of gays and lesbians, as well as LGBT-friendly people.
I was asked by the board of the association to create a new logo which summarizes the different sports offered, without using aggressive or competitive symbols, with a geographical connotation (sea / French Riviera / Nice) and a reference to the origin of association (swimming).
The search for an optimal solution led towards an icon that could be easily recognizable, linked to the sea but also at ease on the mainland, to summarize the various activities of the association.
In the end the choice fell on a mermaid – which has become quite a gender-free siren – a mythological being who keeps a certain link with the concept of “diversity”, half human and half fish.