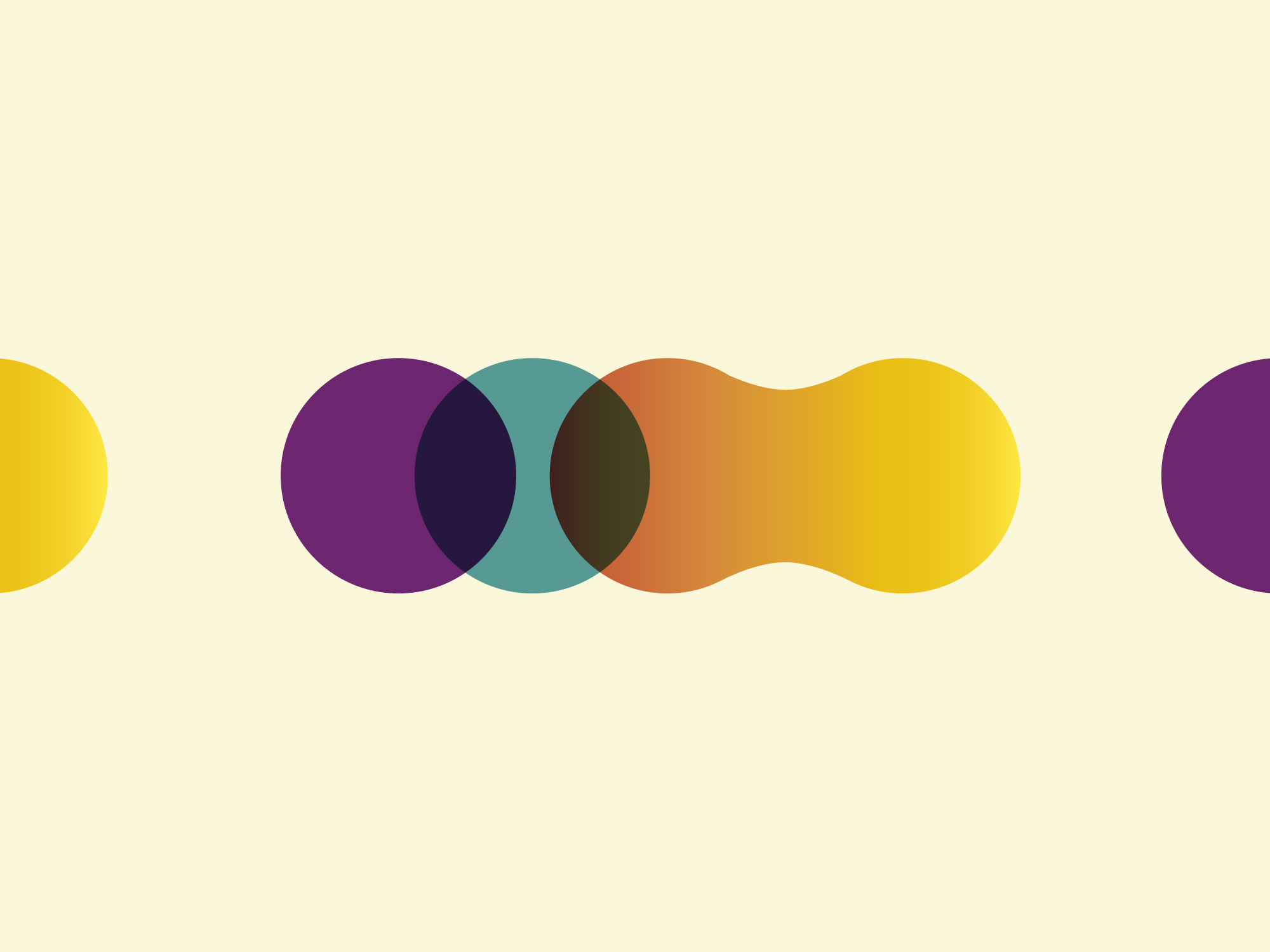 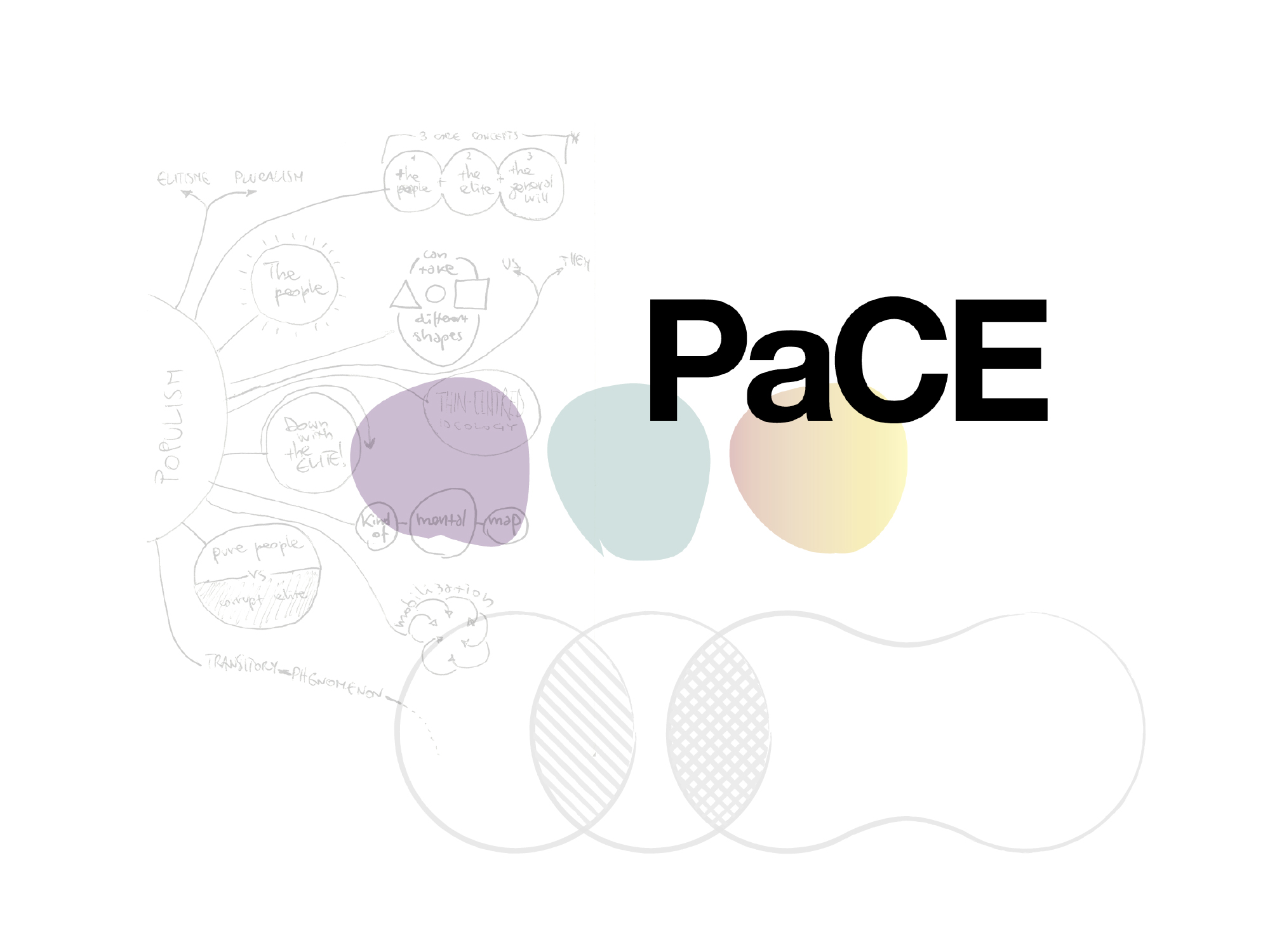 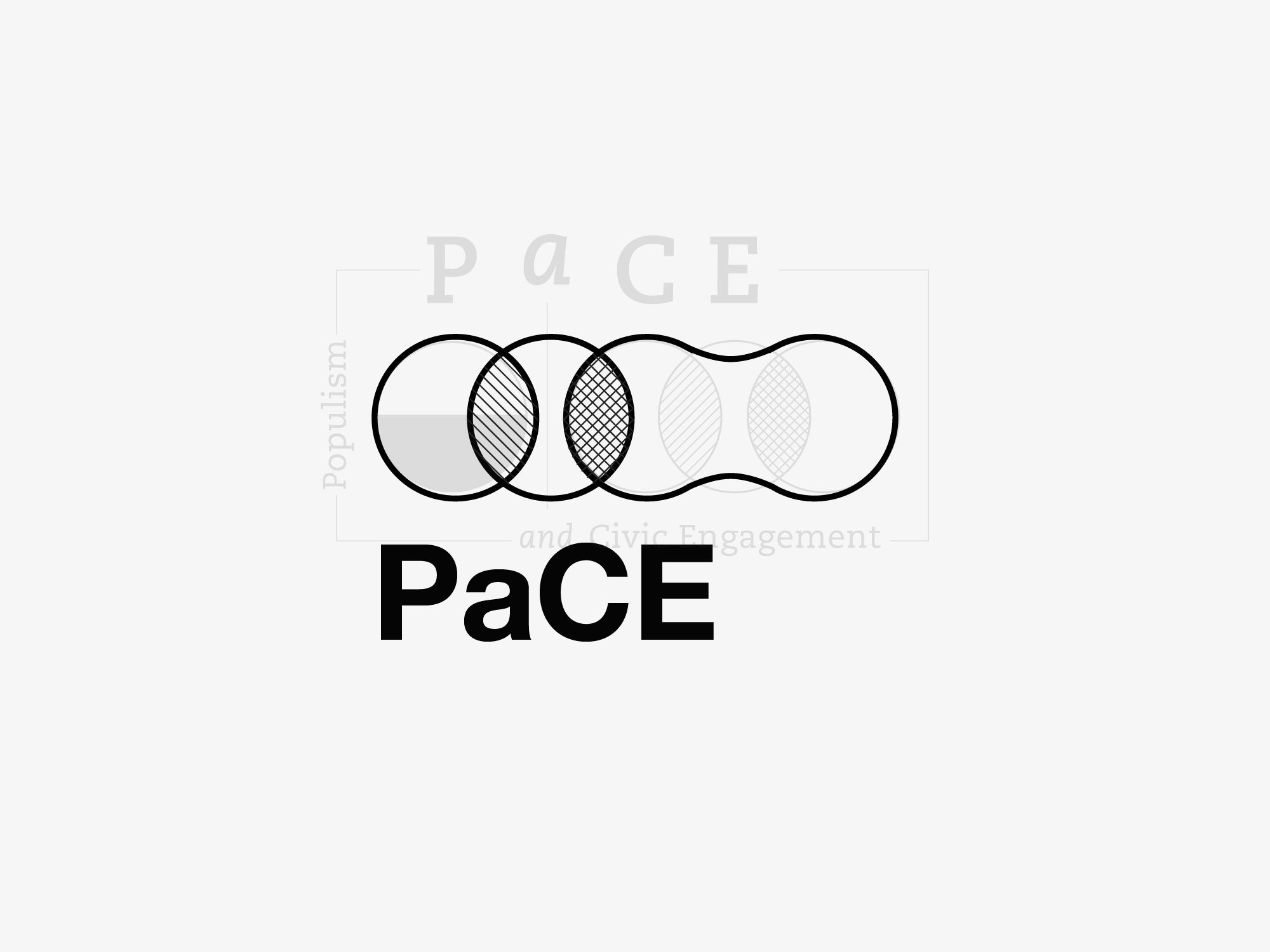 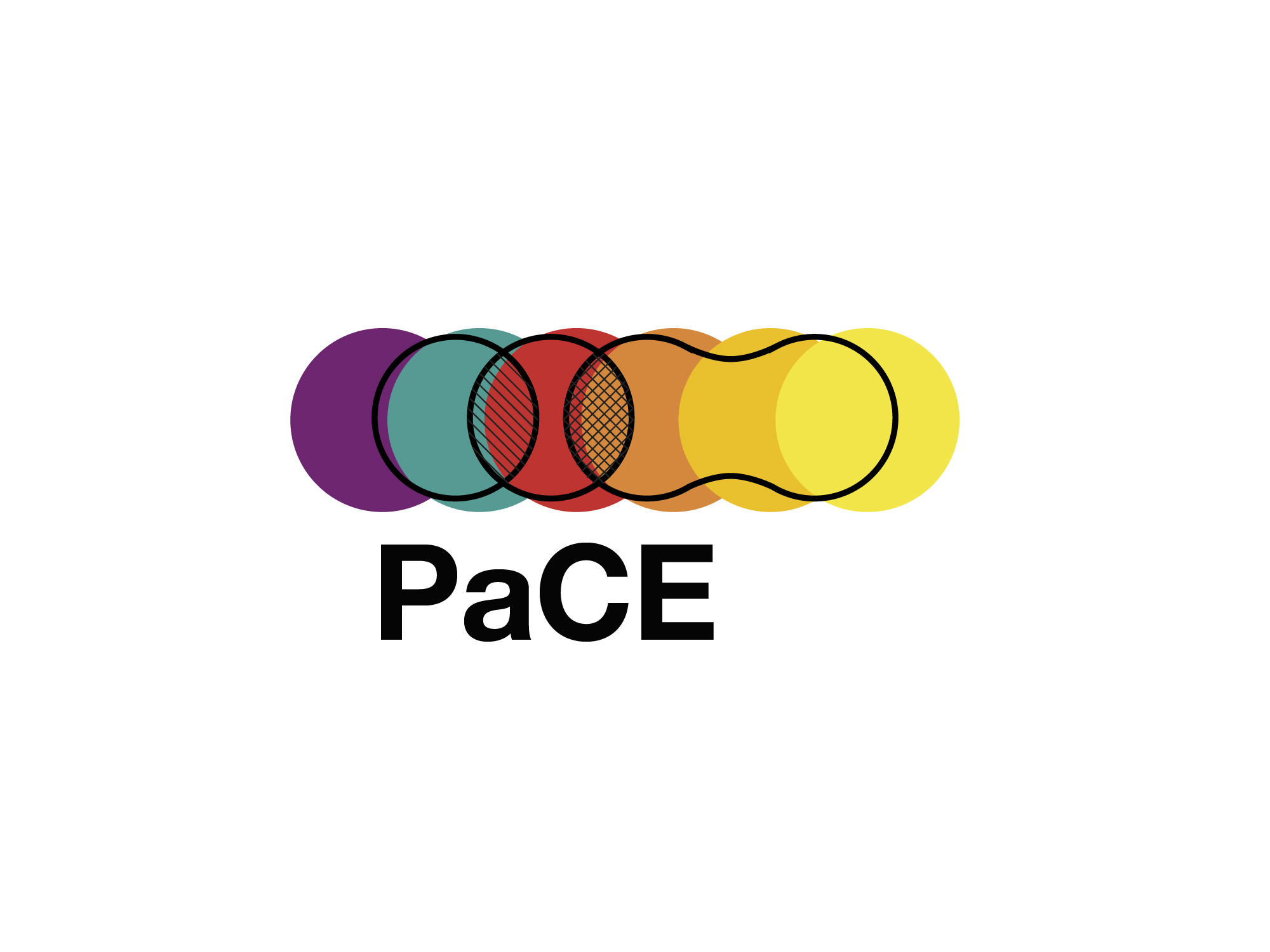 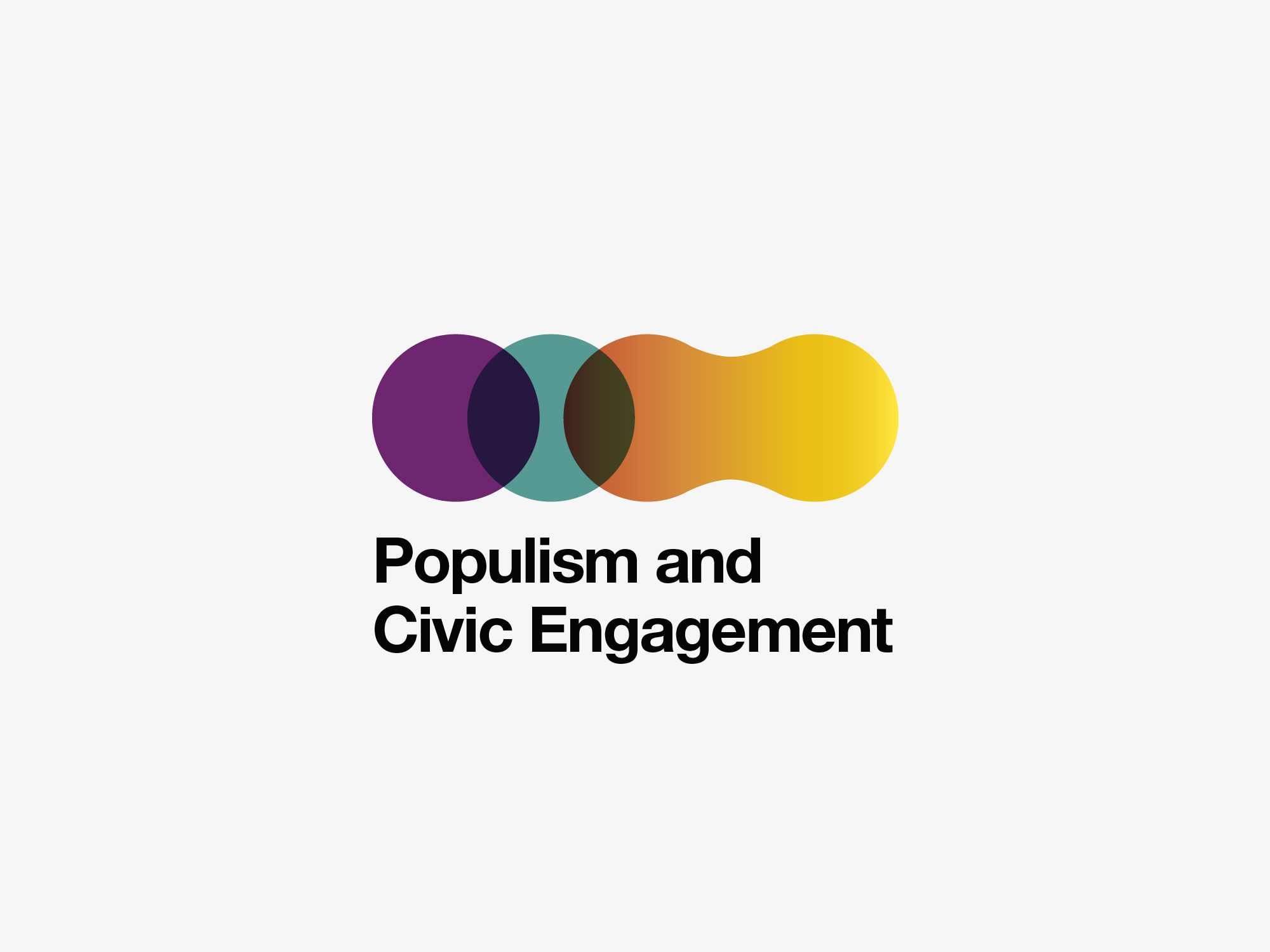 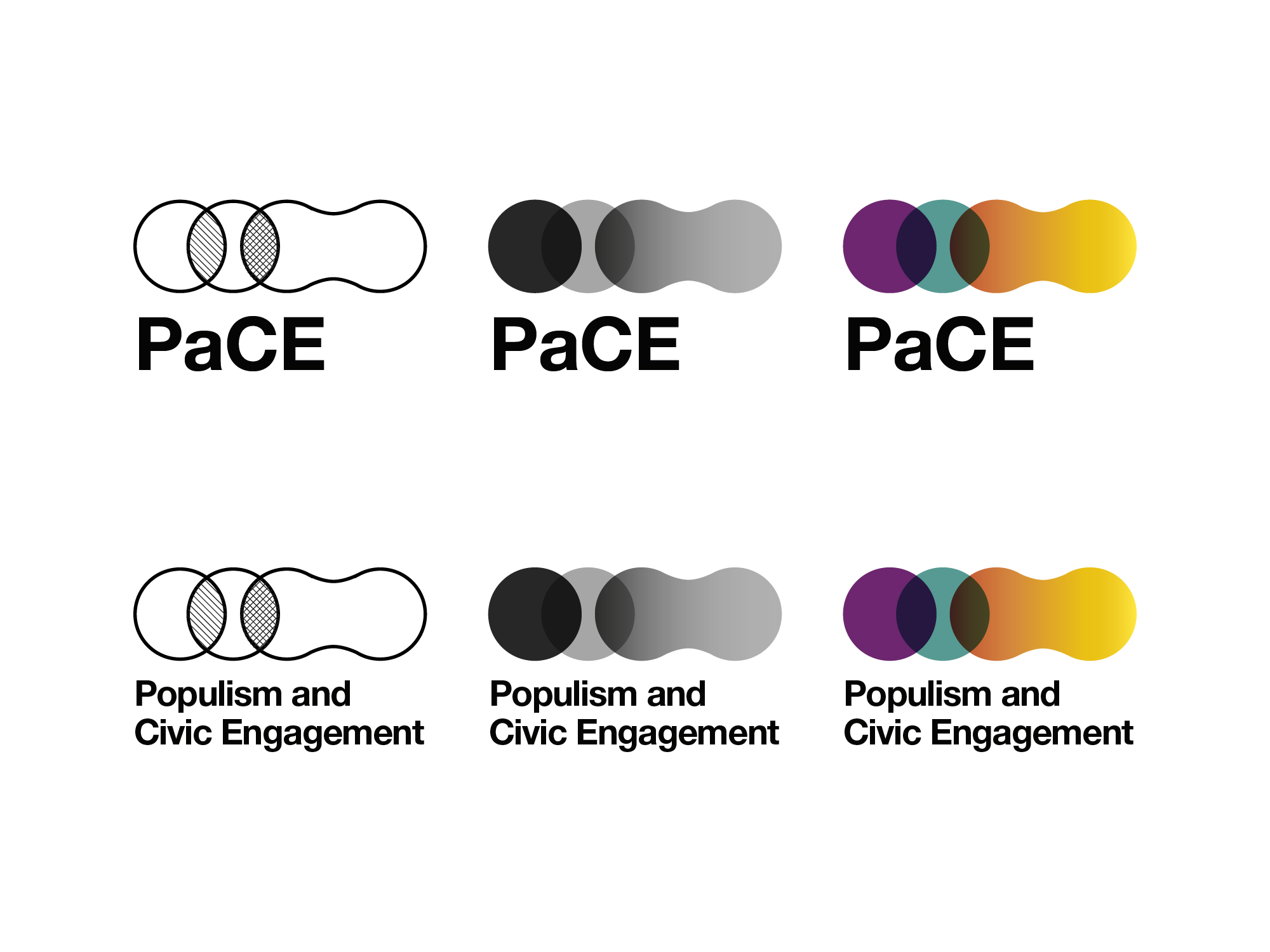 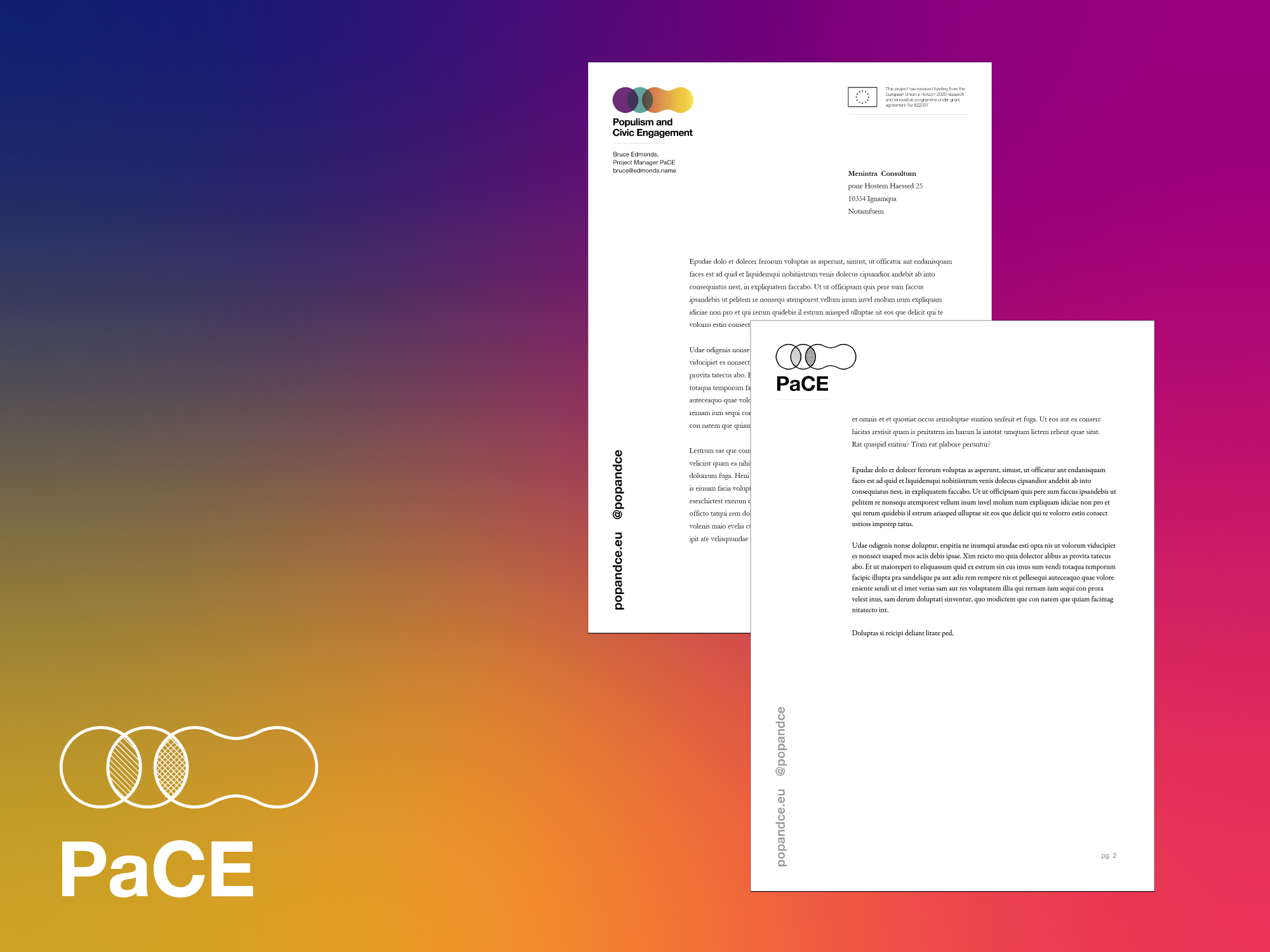 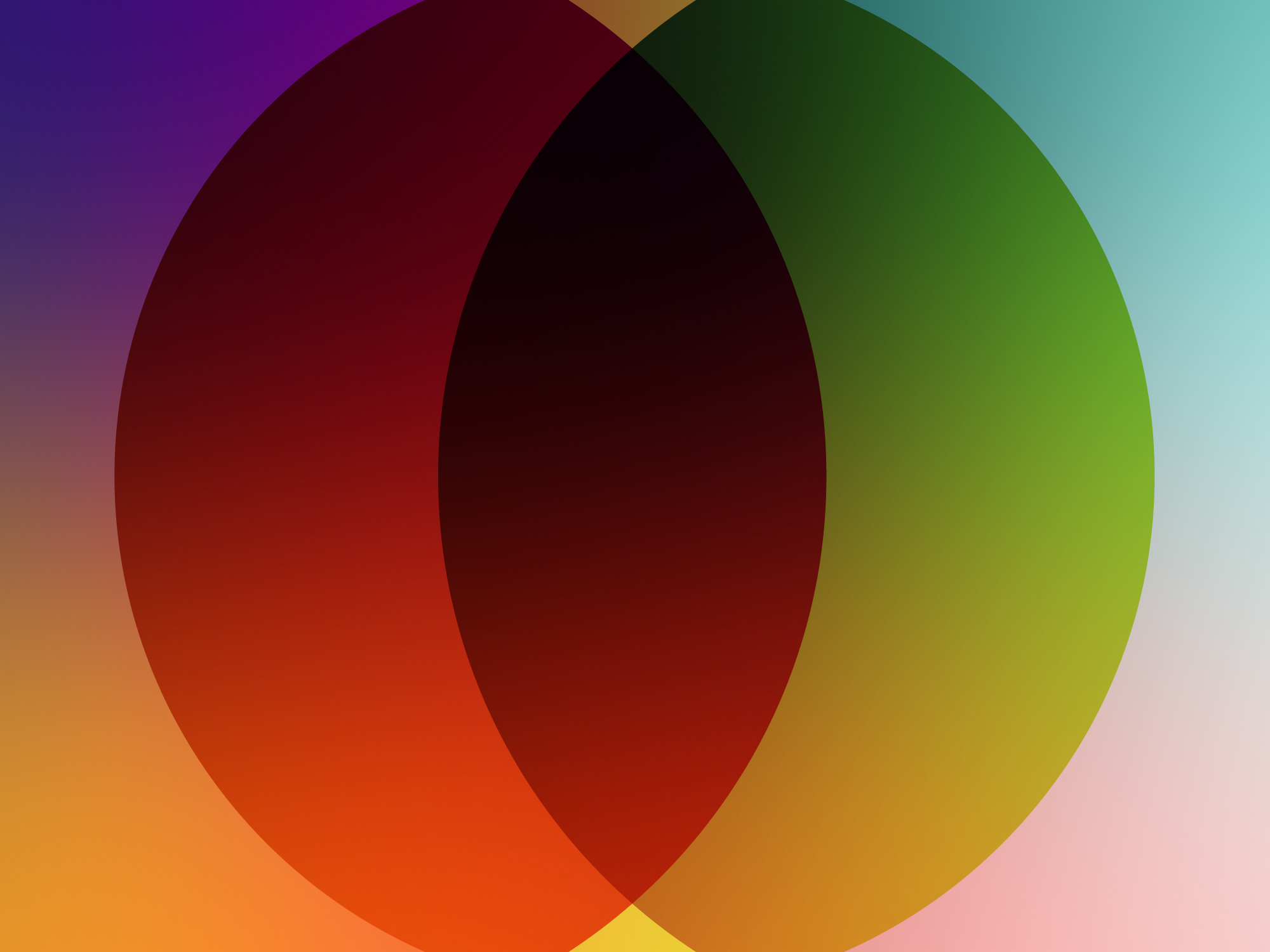 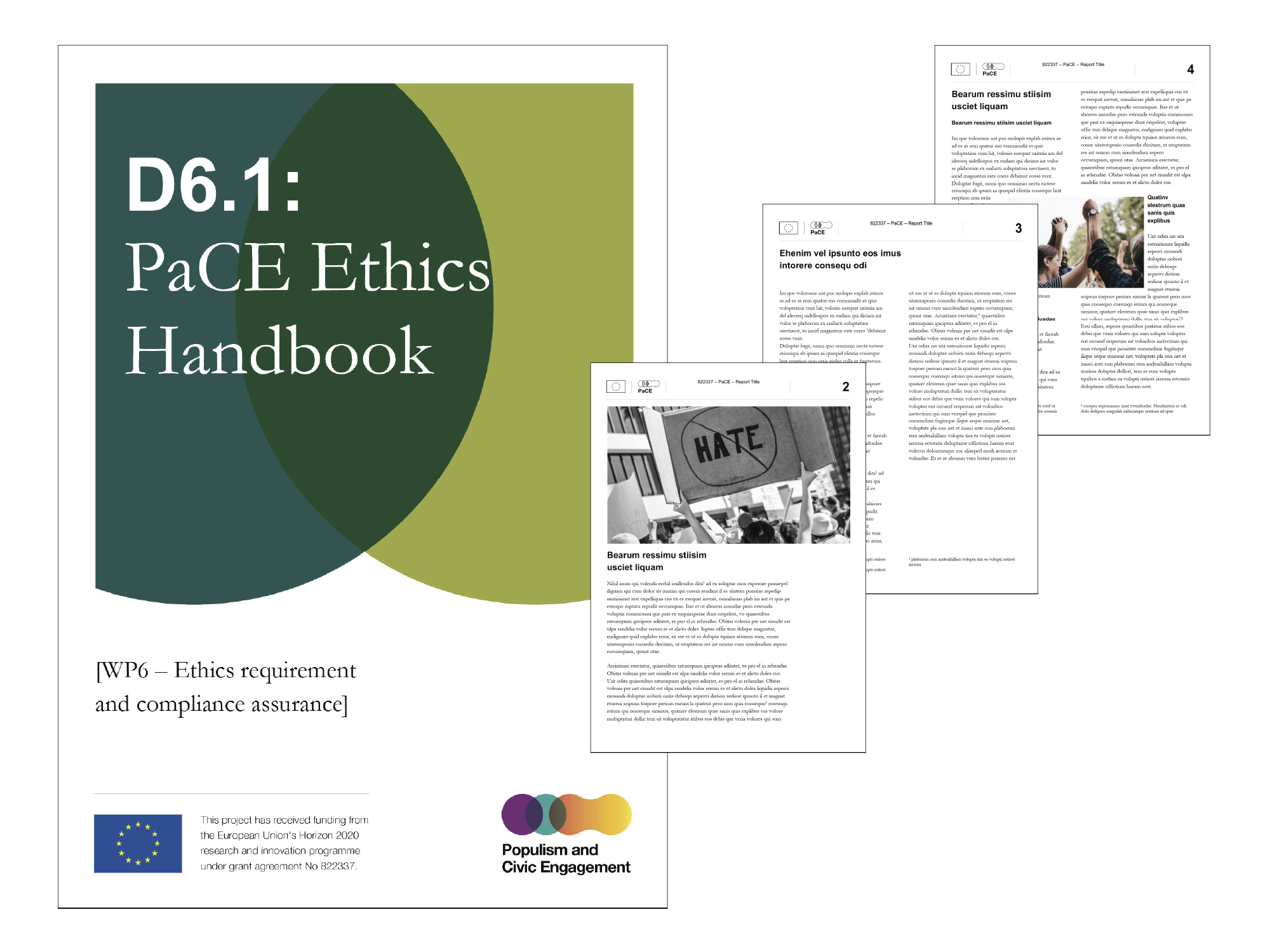 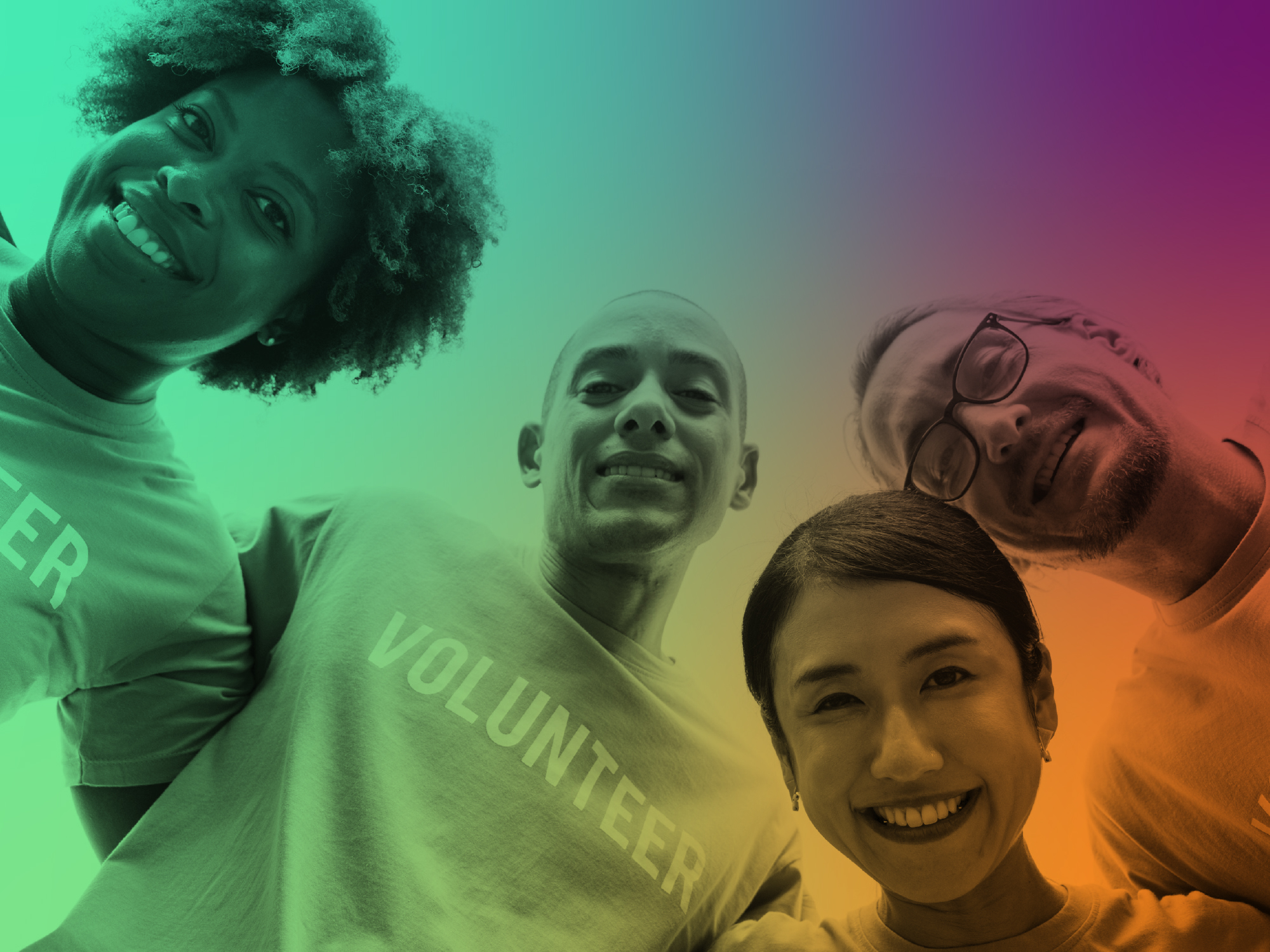 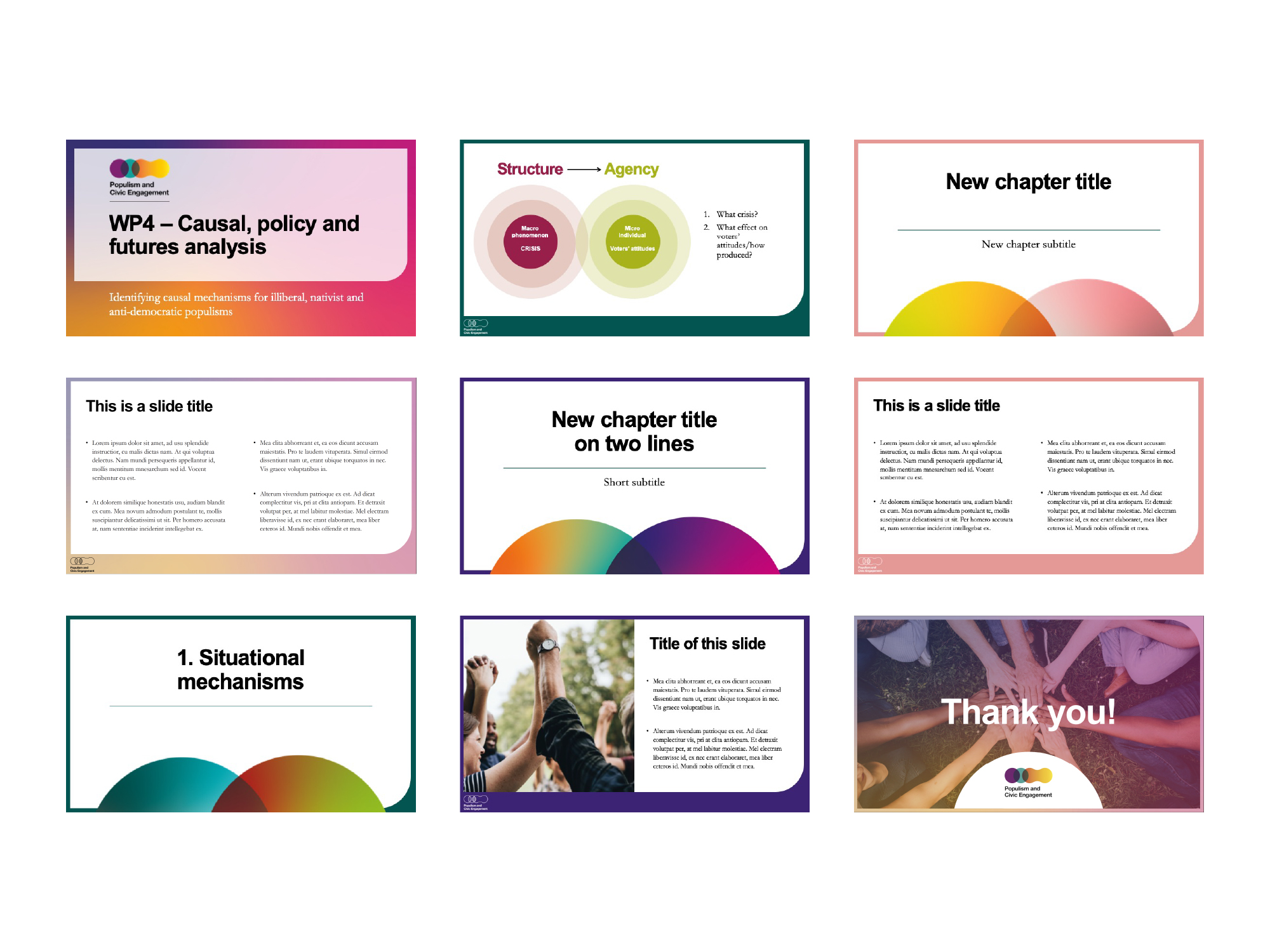 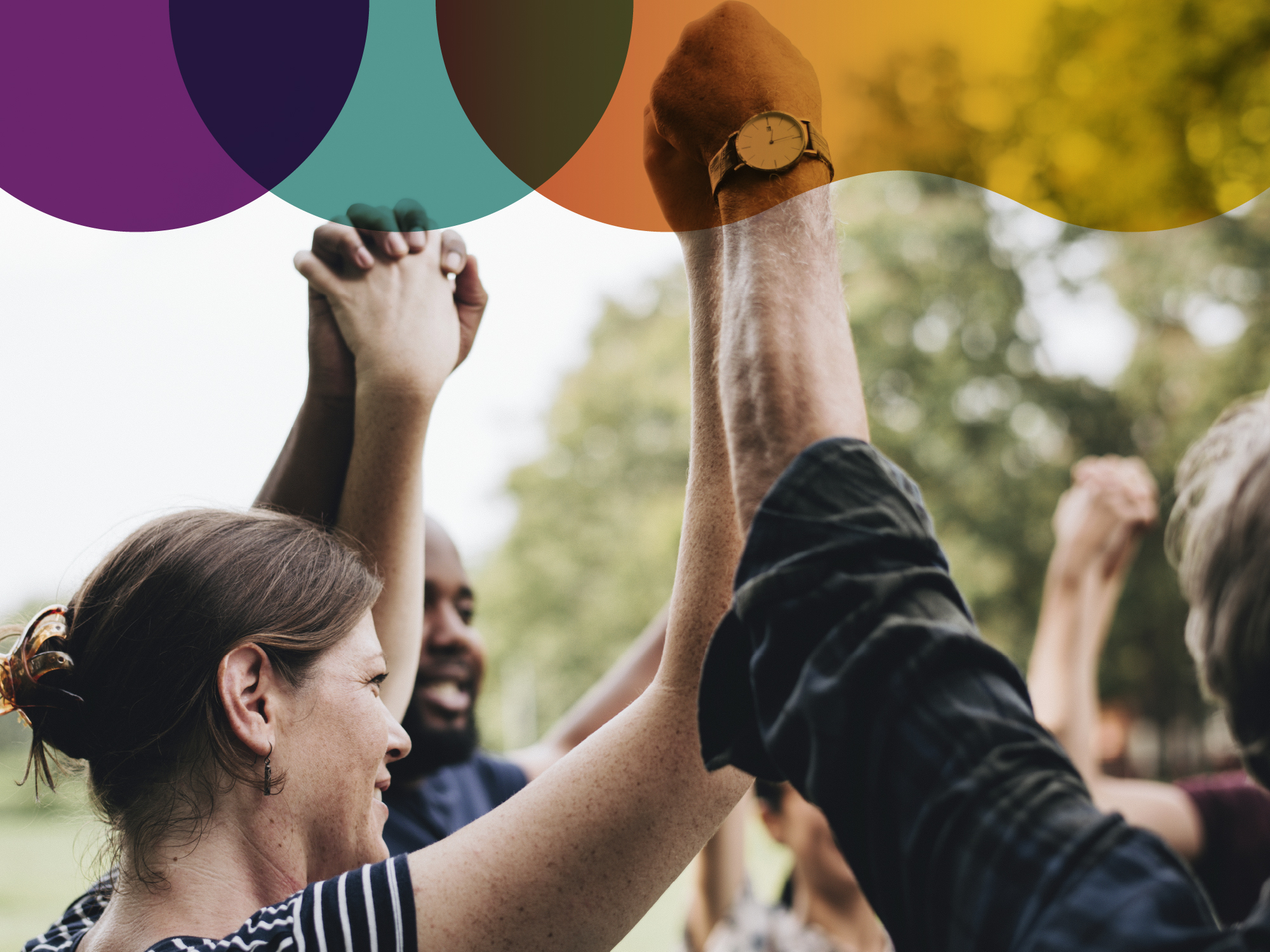 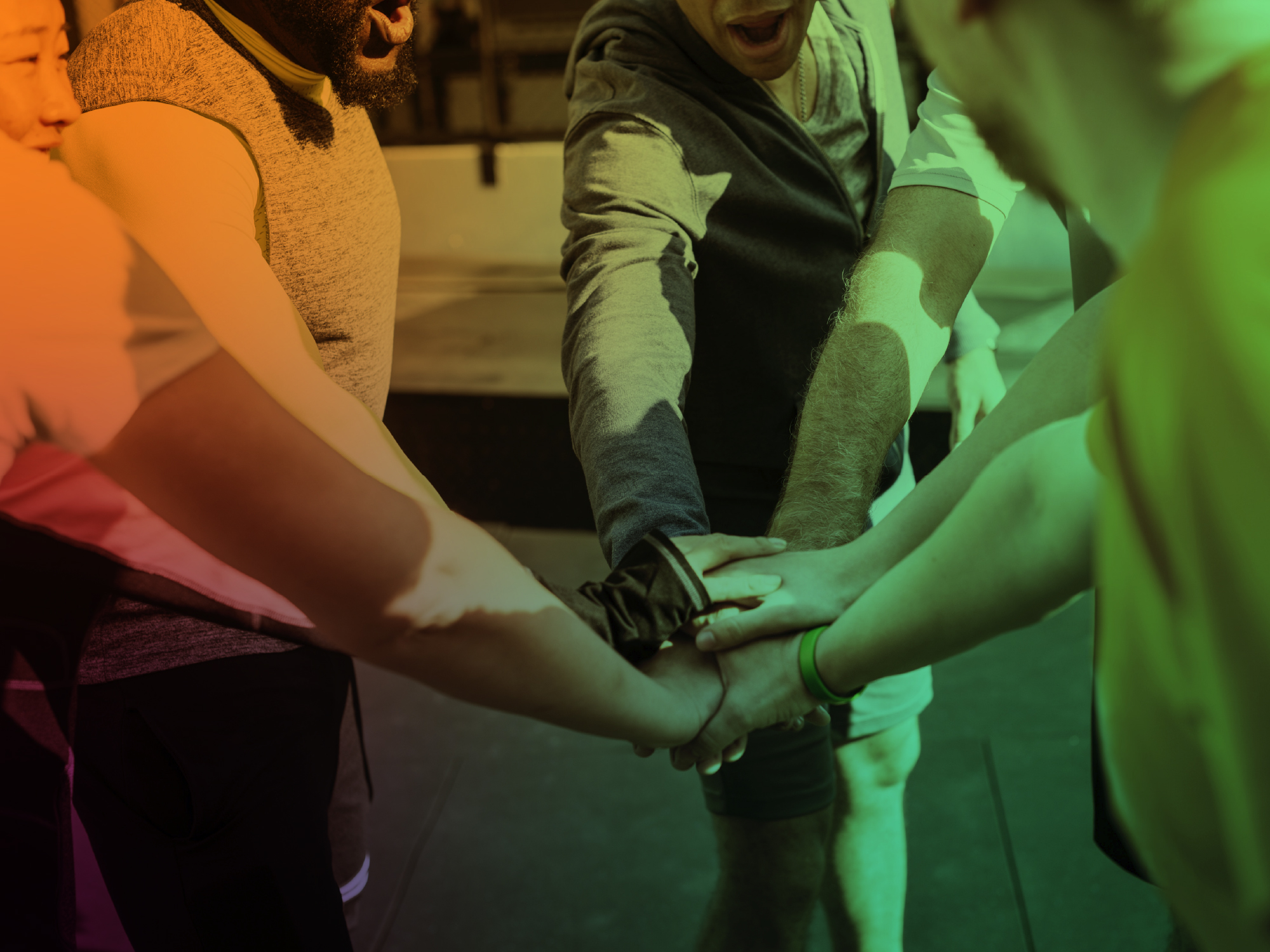 Across Europe there is a rise of political movements that claim to challenge liberal elites and speak for the ‘ordinary person’ – movements that can be loosely categorised as ‘populist’. Many of these movements have undesirable tendencies. The Populism and Civic Engagement project (PaCE), with others, aims to combat the negative tendencies of populist movements, to build upon the lessons of positive examples, and hence play a part in constructing a firmer democratic and institutional foundation for the citizens of Europe.

The leading organizations of this project are the Manchester Metropolitan University and The Democratic Society. We worked together with the aim of a simple and dynamic identity, always keeping the focus on the concept of “engagement”, and some related keywords like: transformation/change, union, synergy, interaction.

The main purpose of the logo and the resulting identity is the focus on the idea of “(civic) engagement”, simplified through the help of the already mentioned related concepts: the circles are actually not only interacting (through the superposition) but also changing themselves through a more deep fusion, something that remind the organic cells, adding also an overall human feeling to this act of transformation.

Next Project (n) Apulia in all (the five) senses